Once known as the instrument of the noble, the trumpet is currently one of the most popular wind instruments. But things haven’t always been that way.

The Early History of Trumpets

No one really knows when the first trumpet was developed but historically trumpet-like instruments were used as far back as 3000 years B.C. A pair of trumpets were even found in Tutankhamun’s tomb. Their form was very different from what a modern-day trumpet looks like. They were made out of sterling silver and were straight conical tubes, with a very unusual bell at the end. The silver pair was part of the king’s burial, but the most common materials used for trumpets at that time were wood, bone, ceramics and other less expensive metals. Their main purpose was more of religious and spiritual nature. Different materials were used, such as copper and bronze as metallurgy developed. However, the fall of the Roman empire marked the beginning of the Dark Ages for this peculiar instrument. 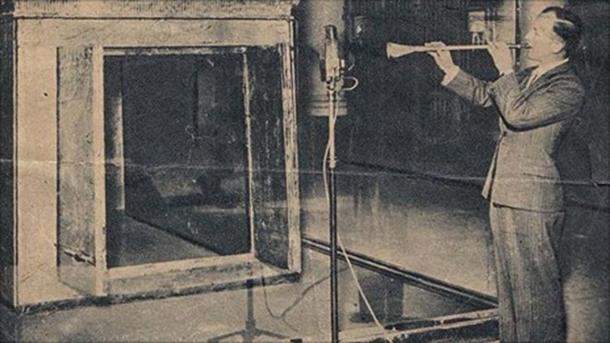 For more than a 1000 years, the trumpet was no music instrument at all, since it was used only as a military communication device, and as an announcement signal for whenever a king would enter. During that time only noblemen were allowed to use the trumpet, thus it was named the “instrument of the noble”.

The first appearance in music history and sheets

With the Renaissance, although the trumpet remained in the military, things began to change. The Scandinavians developed the mouthpiece, which made the use a lot easier, and with the development of the curved trumpets, the instrument began to appear in classical music pieces, with composers like Mozart, Beethoven, Bach and Handel writing pieces for the new curved instruments. The problem was that since no valves were yet developed, the instrument had a very narrow tone range, which is the reason why it never rose to the fame of the violin for example.

The rise of the trumpet!

It was the English industrial revolution which allowed for the easy manufacturing of folded trumpets and the so important valves to be included in the design. All of a sudden from one of the most narrow, the trumpet became the wind instrument with the widest range of them all. Not only that but due to mass production, the newly made instruments were affordable. This was one thing, which made it popular mostly in classical music, but when Jazz rose to fame, the trumpet became not only the most popular wind instrument but also one of the most recognizable musical instruments in spite of everything. Nowadays there are also many different types of trumpets.

The trumpet has become such a popular instrument and important part of our culture that it is hard to imagine how music would have developed without it.

If you want to learn how to play this brilliantly sounding instrument, then download our app!